Manitua is a very respected route and one of the most sought after Jorasses Routes is a household name one that made tons of climbers rave about. It was one of the many masterpieces of Slavko Sveticic one of the heads in my own Mount Rushmore of Alpine Climbing. The Slovenian opened the route alone in three and a half days in 1990, it has been repeated some fifteen times ca since, a curious number of these repetitions came in wintertime, which is quite odd as it's pretty much one of the very few Jorasses rock routes.I have been trying to avoid this route for years as it always looked obvious to me that it was a pure climb possibly offering nice free climbing therefor a summer climb. Climbing in summer in the north face of Grandes Jorasses is tricky. For ones the face is often partially covered in verglas, then the few good summer where the route can be dry enough not to be a tricky affair, generally held such a warm weather that made the face instable and pretty dangerous. How dangerous? hard to say. Let's say that is enough dangerous to push people like me  well away for years,to then finally say fuck it, let's do it, for others like the friends who made the 2nd day ascent one day after it was just an aftertought,for most is no hell i'm not going there in summer! i understand them.
Together with Tomas Mueller one of my very favourite climbers we worked on Mont Blanc and raved about climbing something, we packed for Manitua just as i came back from a guiding day on Peigne where i stupidly sprained my middle finger in a way i felt it jeopardize our chance of success.
We jumped on the train at 17h with the new weather report under our eyes, freezing level at 5000mt...daffuq! what we do? we jumped off the train before it even took off it was possibly the lamest most hilarious attempt at a climb on Jorasses ever. We decided to drink something to decide what we do. We catched up with the friends who came down from a slick repeat at Divine Providence on Mt Blanc. We were clearly under pressure we wanted to climb badly the weather was perfect but those temperatures...and what about that swollen finger? i could barely fill my backpack without pain. The following morning up we went. I'm generally quite cold against over ballistic missions and always toughtful about the real motivation beyond going up to climb something hard or dangerous. I felt we were doing it because we had to. I was nevertheless curious about how i was very positive about the outcome ,enough to ignore the fact that i was downclimbing the ladders to the Mer de glace using only my good hand and did most of the approach to Leschaux hut holding ice in my left hand to recover faster. At the hut we observed the face for the whole day try to scope a good reason not to go. Together with Chloe the hutkeeper and his cat we drank and eated, watched and studied the route. We slept well i rarely do before a big route. I knew i could count a lot on Tomas one of the best climbers in the valley and i had to think about that picture i saw somewhere with the print of Tommy Calwell hand with a missing finger and the caption No Excuses. We started some minutes before 2am and took a very leisurely pace to take us to the base, i negotiate the lower choss and we got to the base of the shield when the first sunrays touched the NE orientated wall. Tomas started up some slabbish terrain a well awakening pitch with a section not well protected. I hold my breath as i started to follow, my finger did not like the small crimps but i always had a efficient solution,we were cruising!With Tomas on the lead we climbned nice corners and overhangs occasionally throwing large chunk of rock down the glacier.
I took the lead for a couple of pitches one of them was finally pretty tricky on a vertical  7a+ slab with microscopic holds and fortunately some pegs. We were quickly at the base of a overhanging pitch were we had to choose between an A3 dripping wet or a 7c also wet. Tomas choose the 7c who seemed dryer. At 12h15 we were eating and chilling on the upper neve and getting ready for the upper choss who gave problems to many parties before us. I follow the original Manitua exit and we quickly dispatched an instable section to reach the base of the last tower. We climbed straight up and touched the top at 15h30, it seemed like we would sleep in our bed that night,great. The boring and dangerous descent took some 5h and we finally catched up with Simon and Buschka who were so kind to come pick us up. Another cool day up on the face ended well. Looking forward to the next 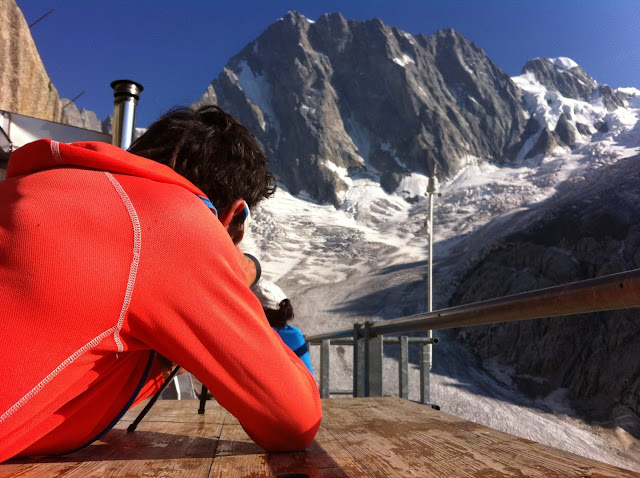 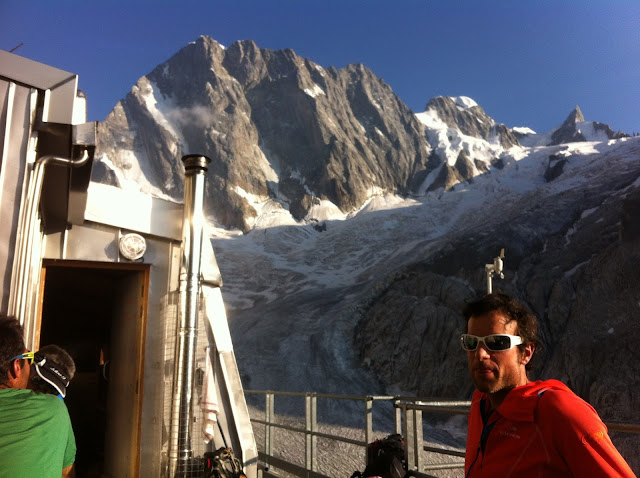 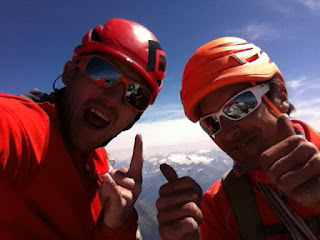 Rolling Stones 1200mt M8-6a, 35+pitches 12/14 april with Martin Elias
climbed free the 10 or so hardest pitches but not the entire route. 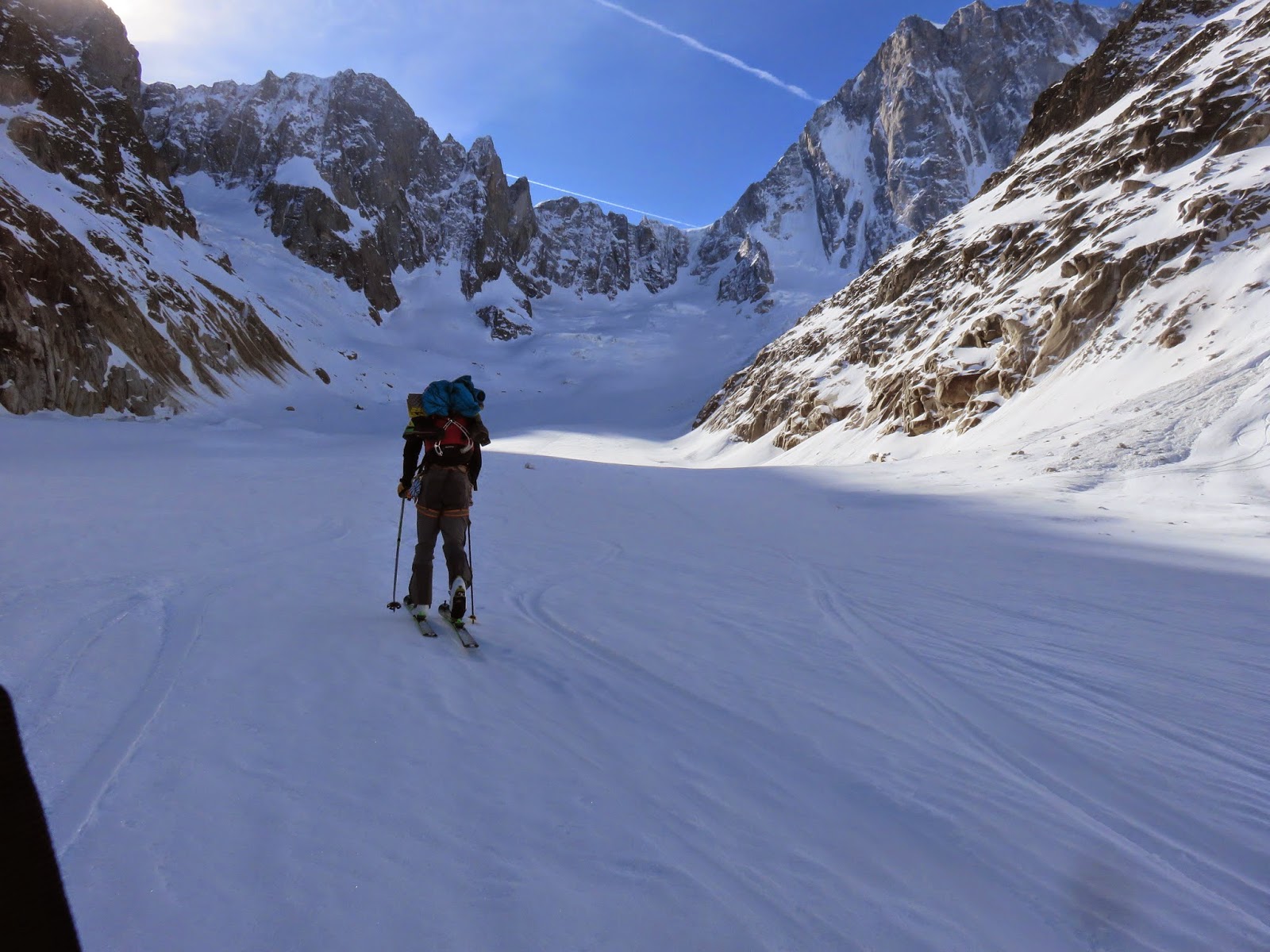 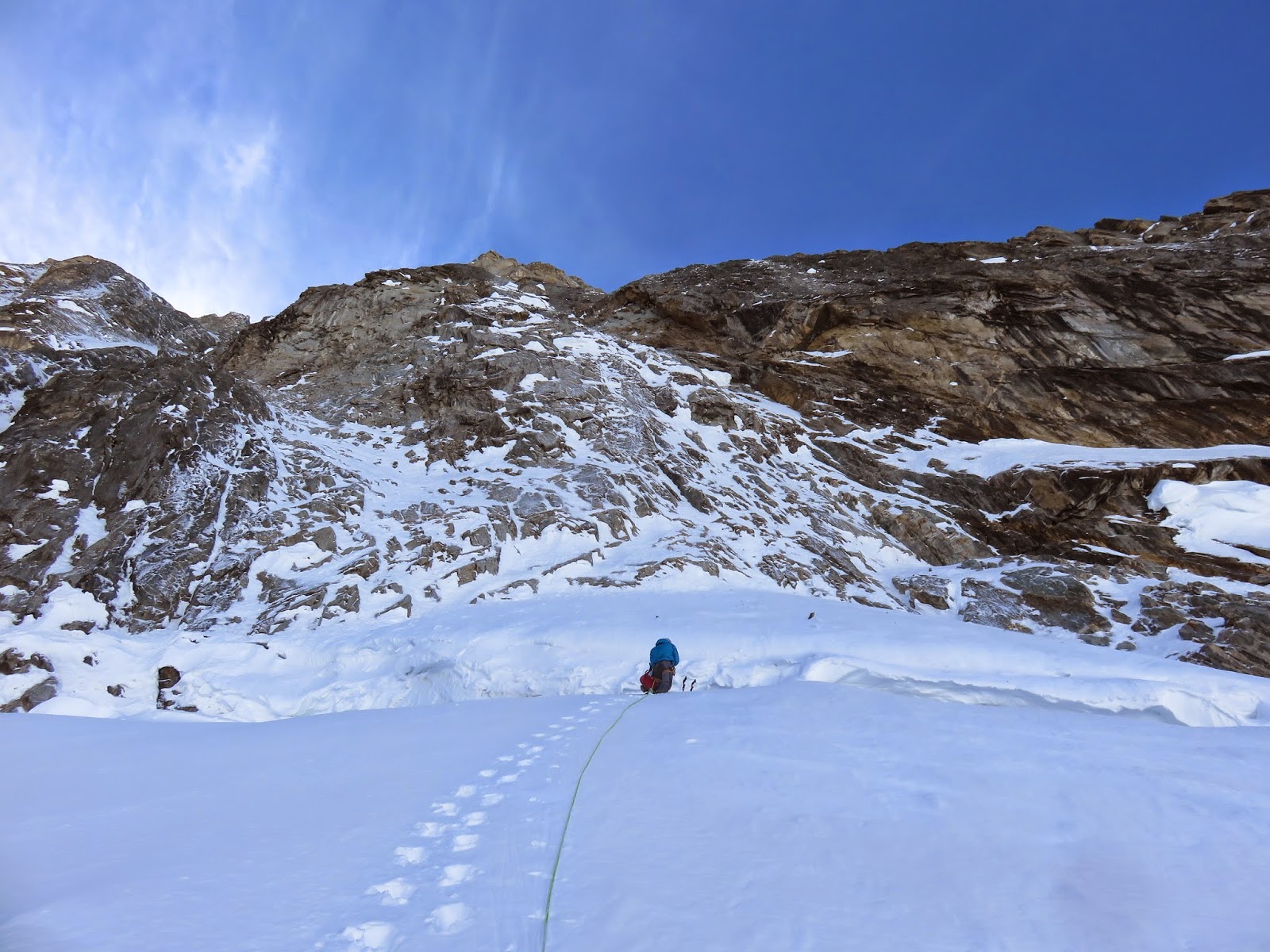 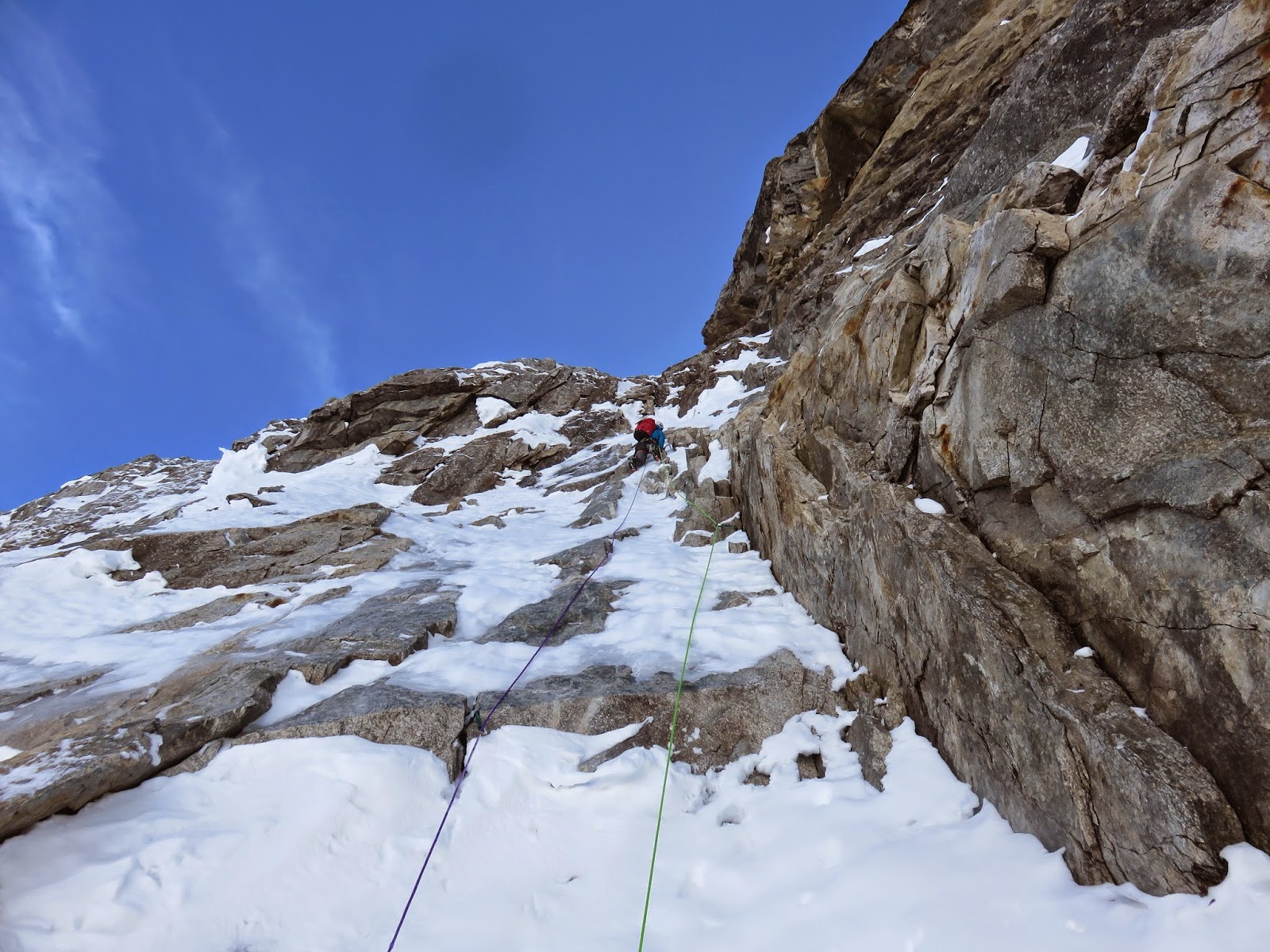 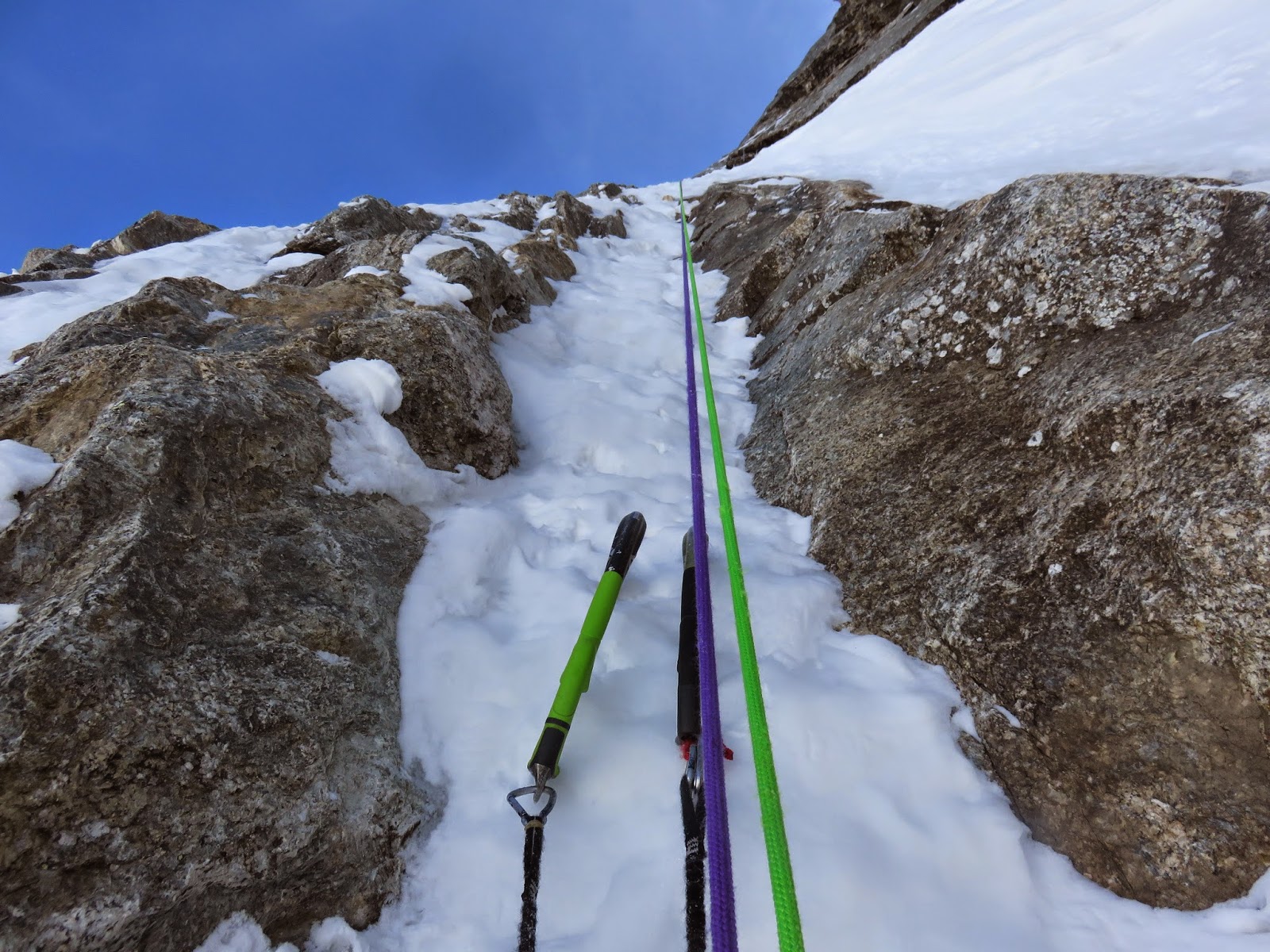 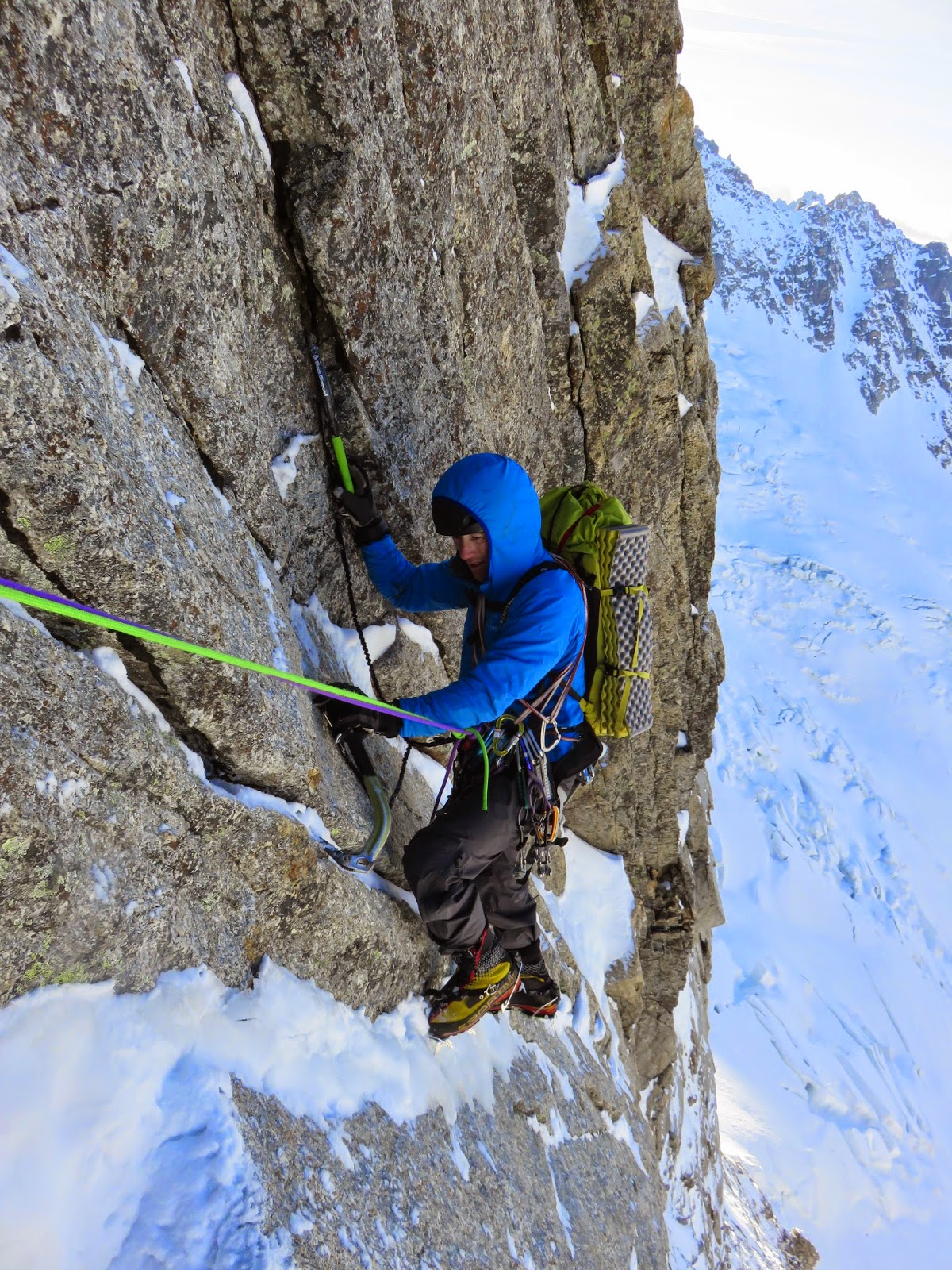 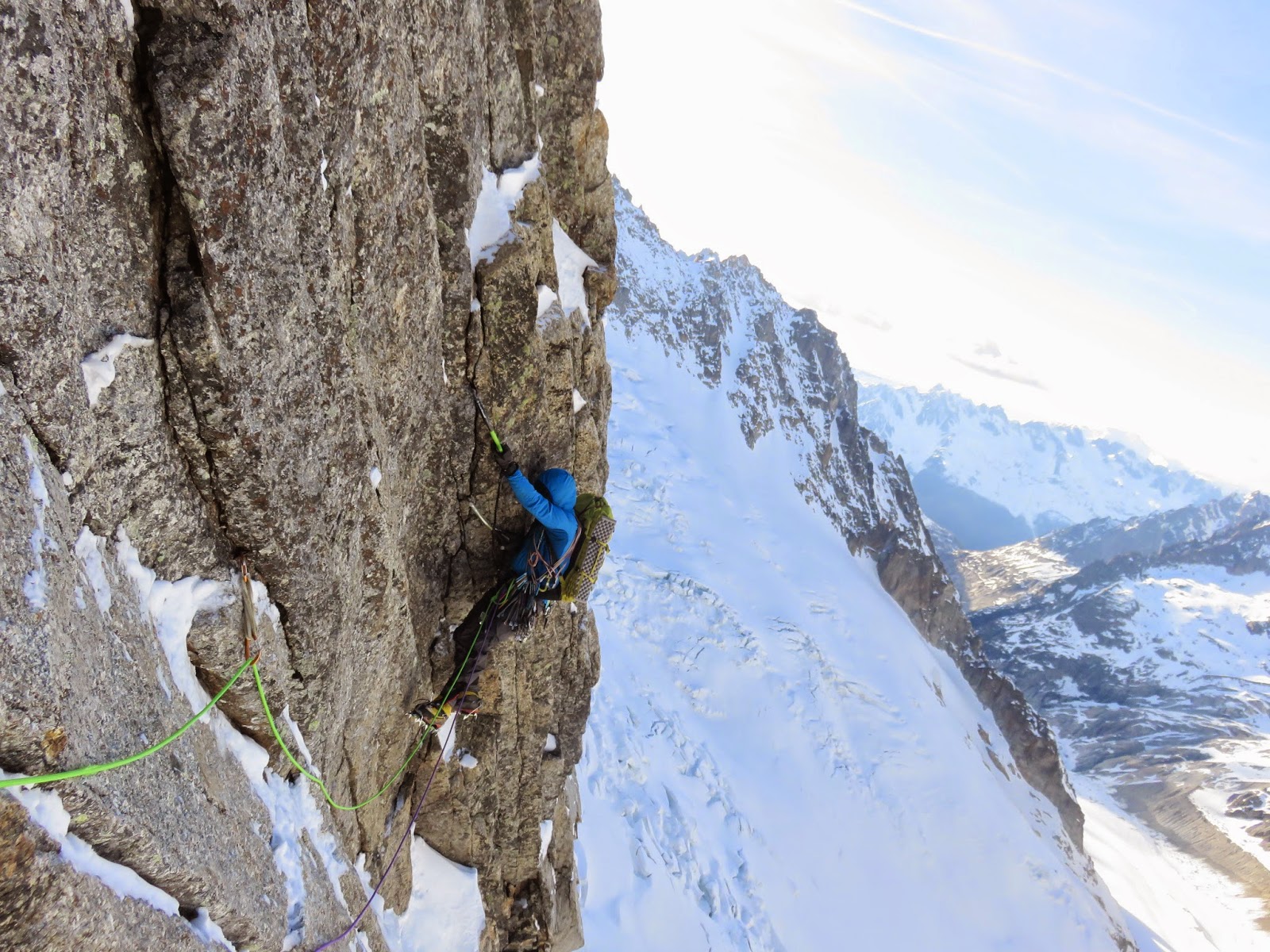 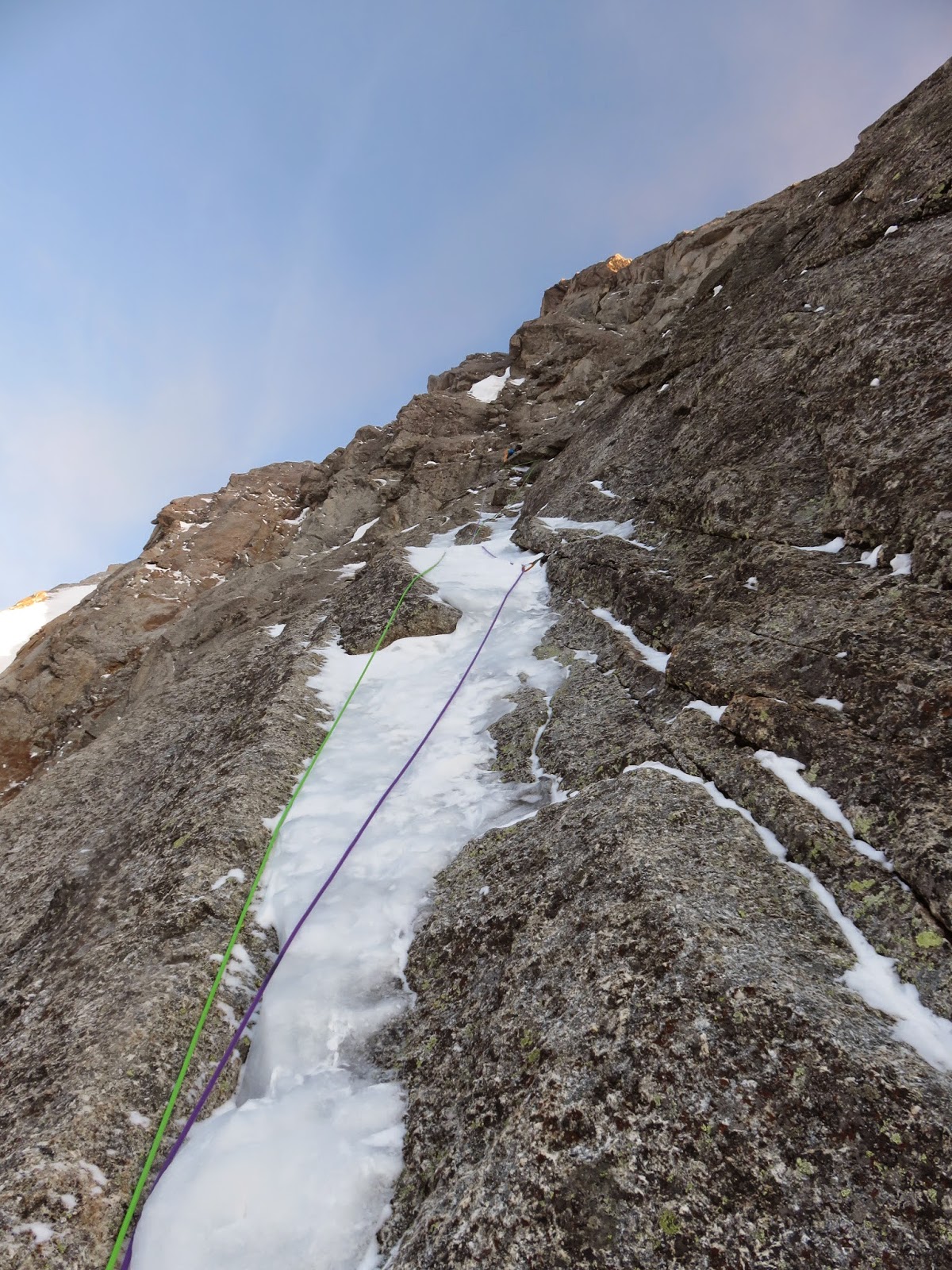 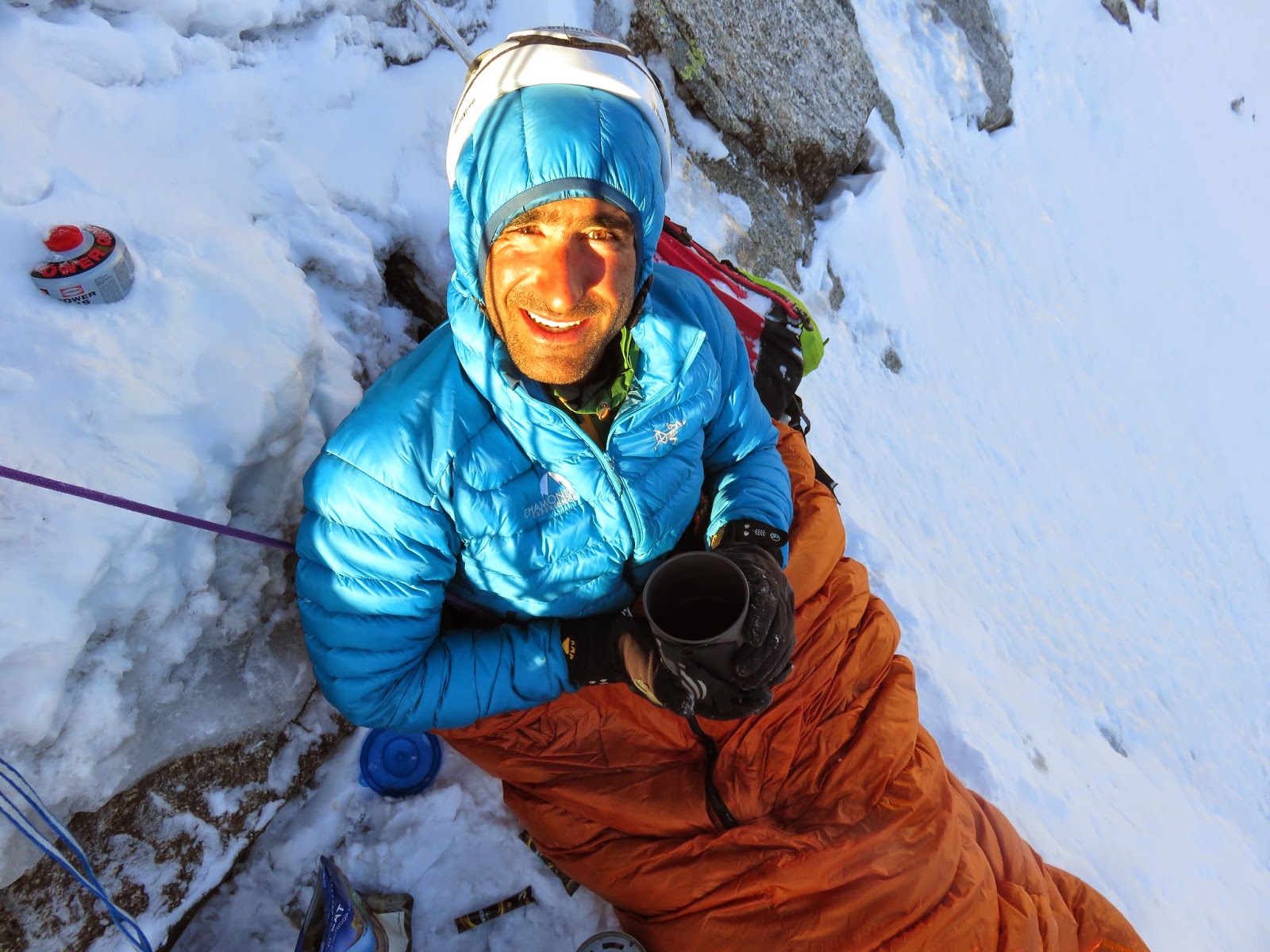 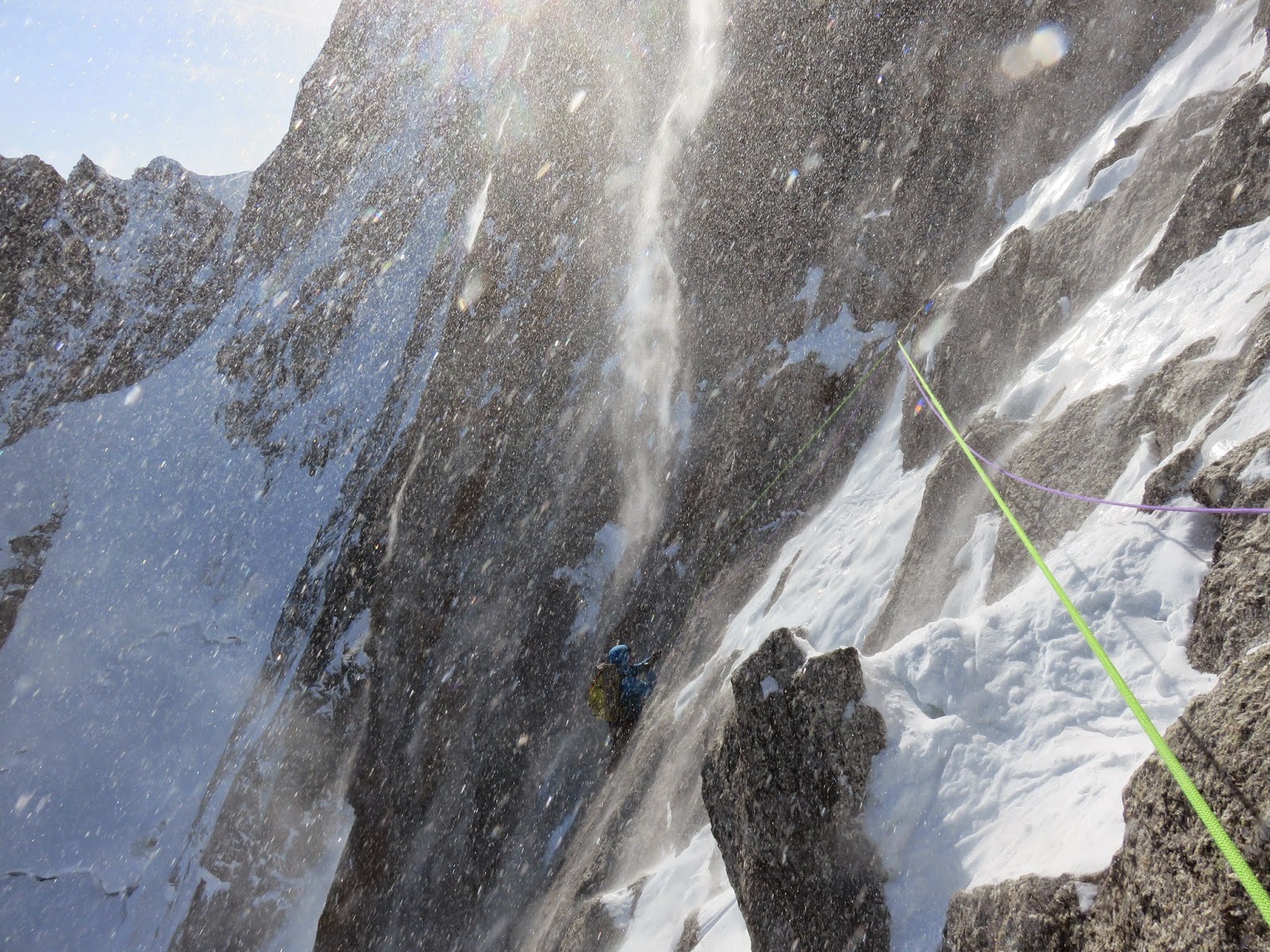 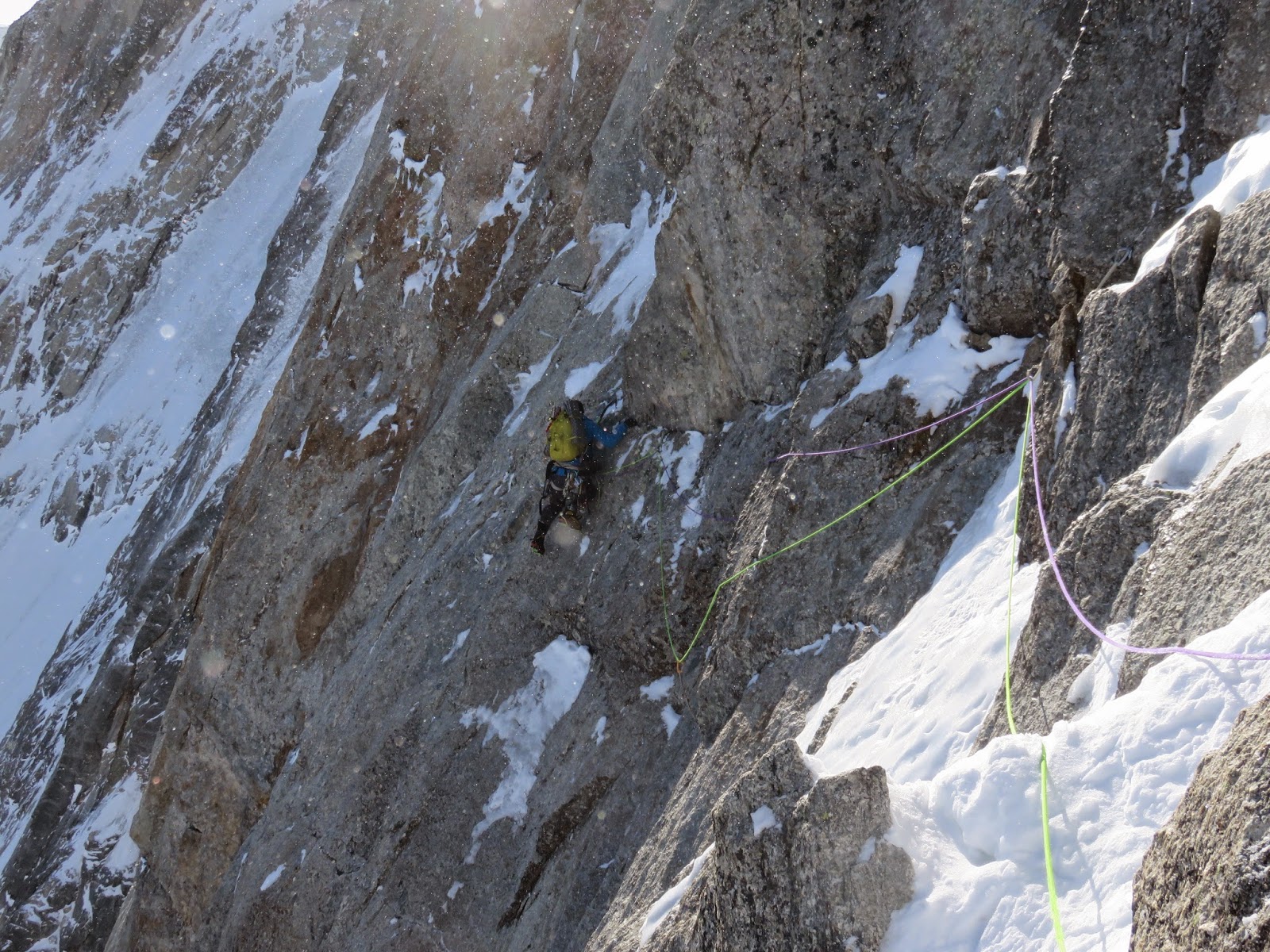 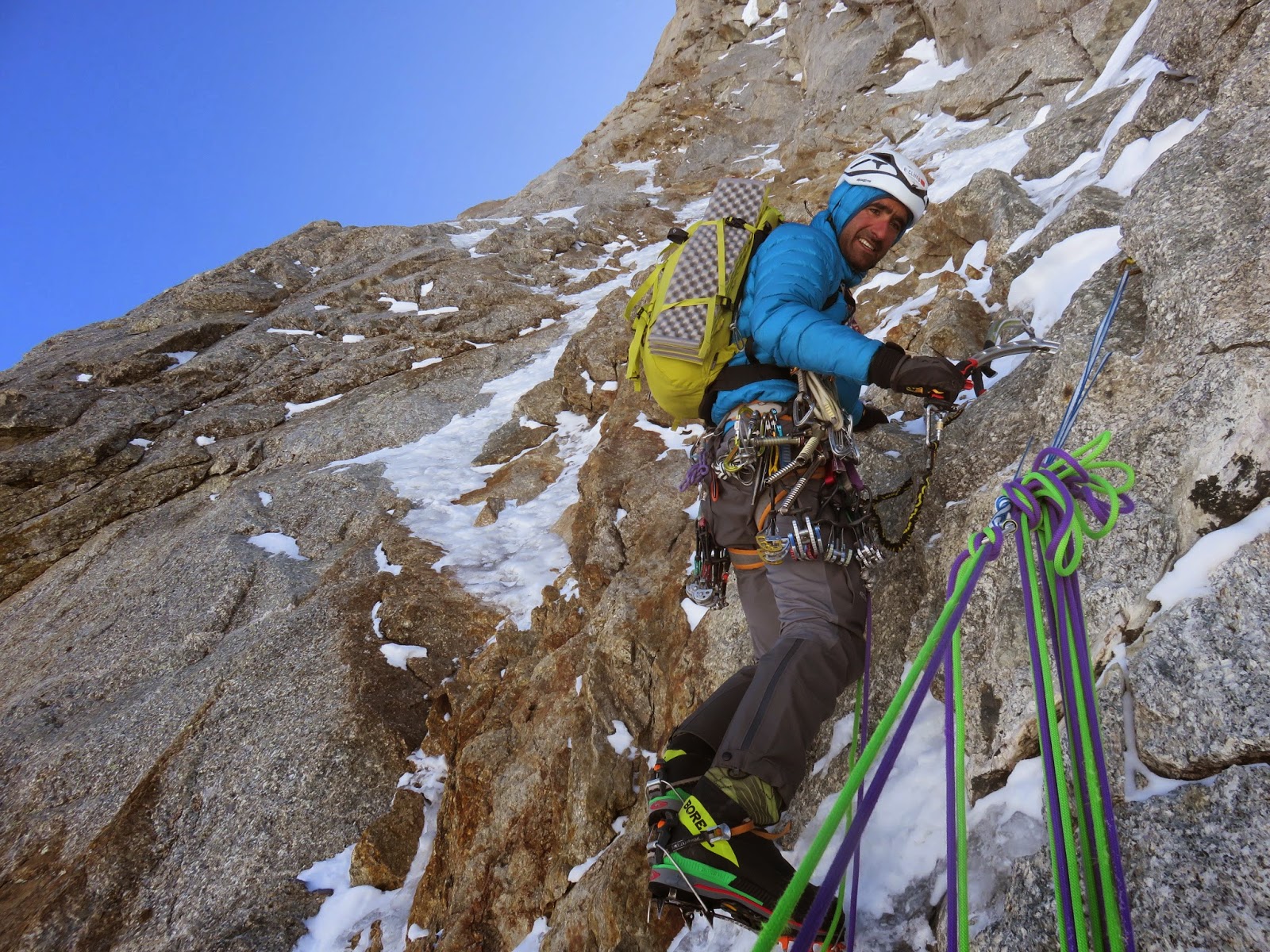 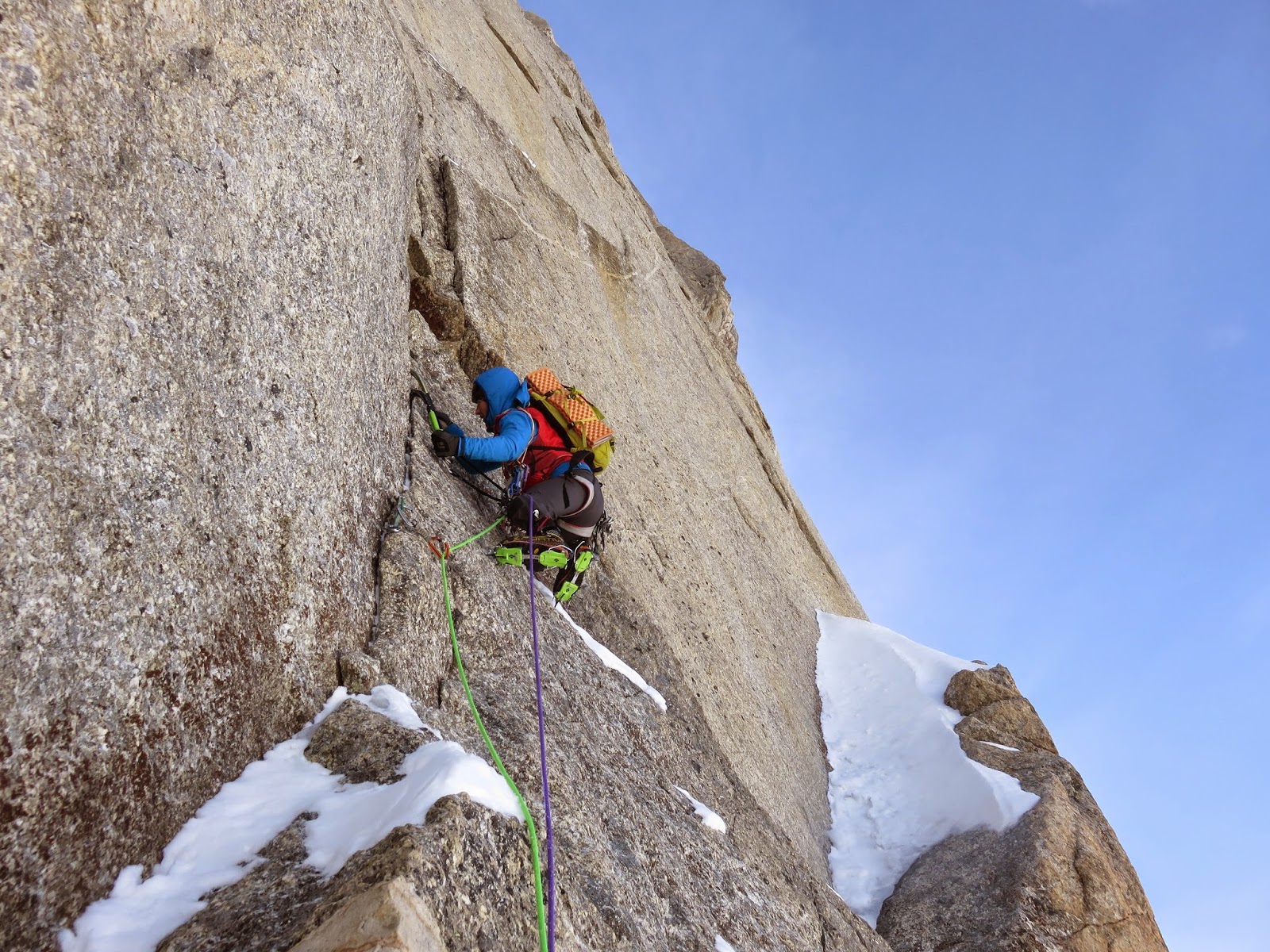 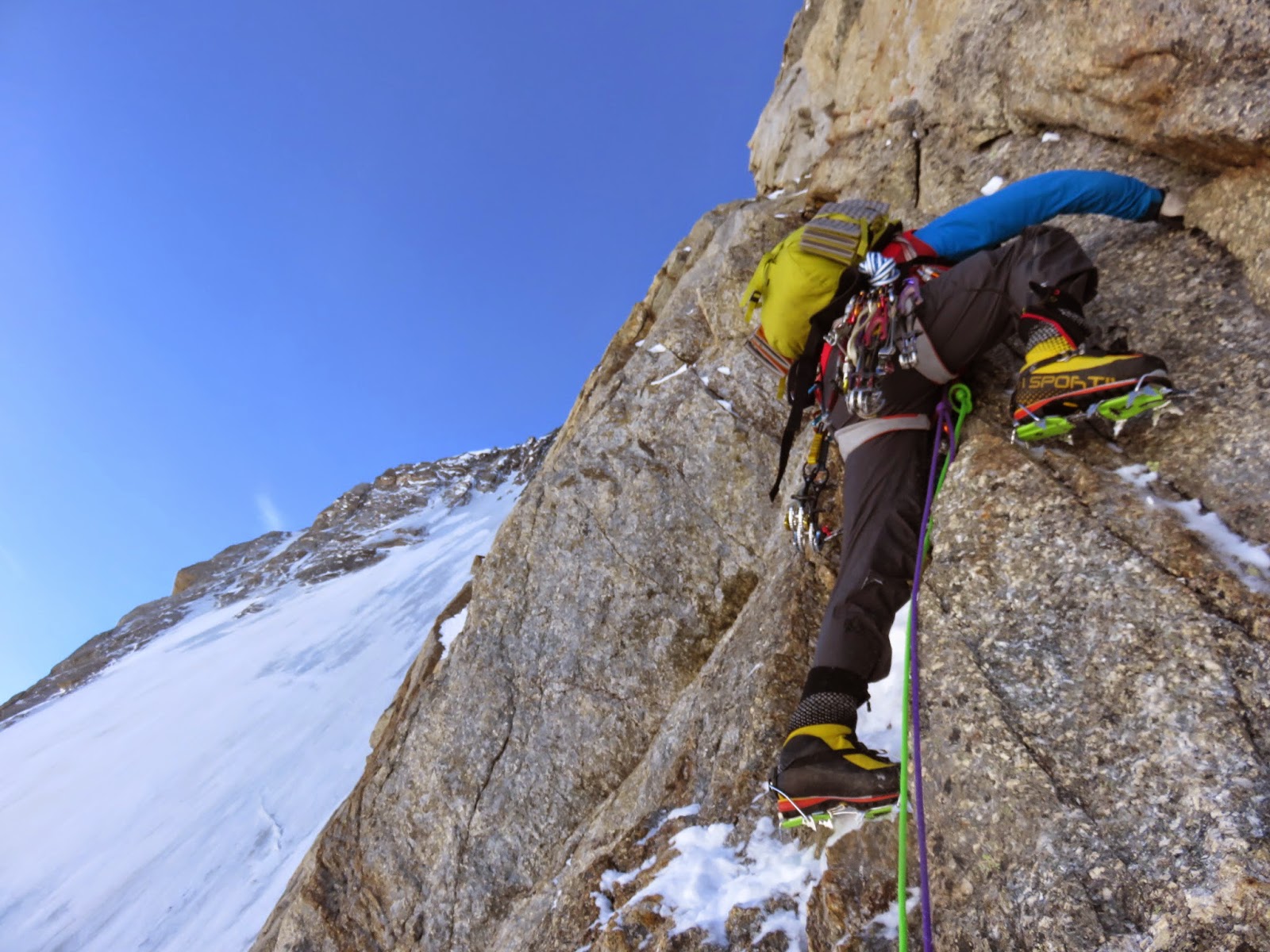 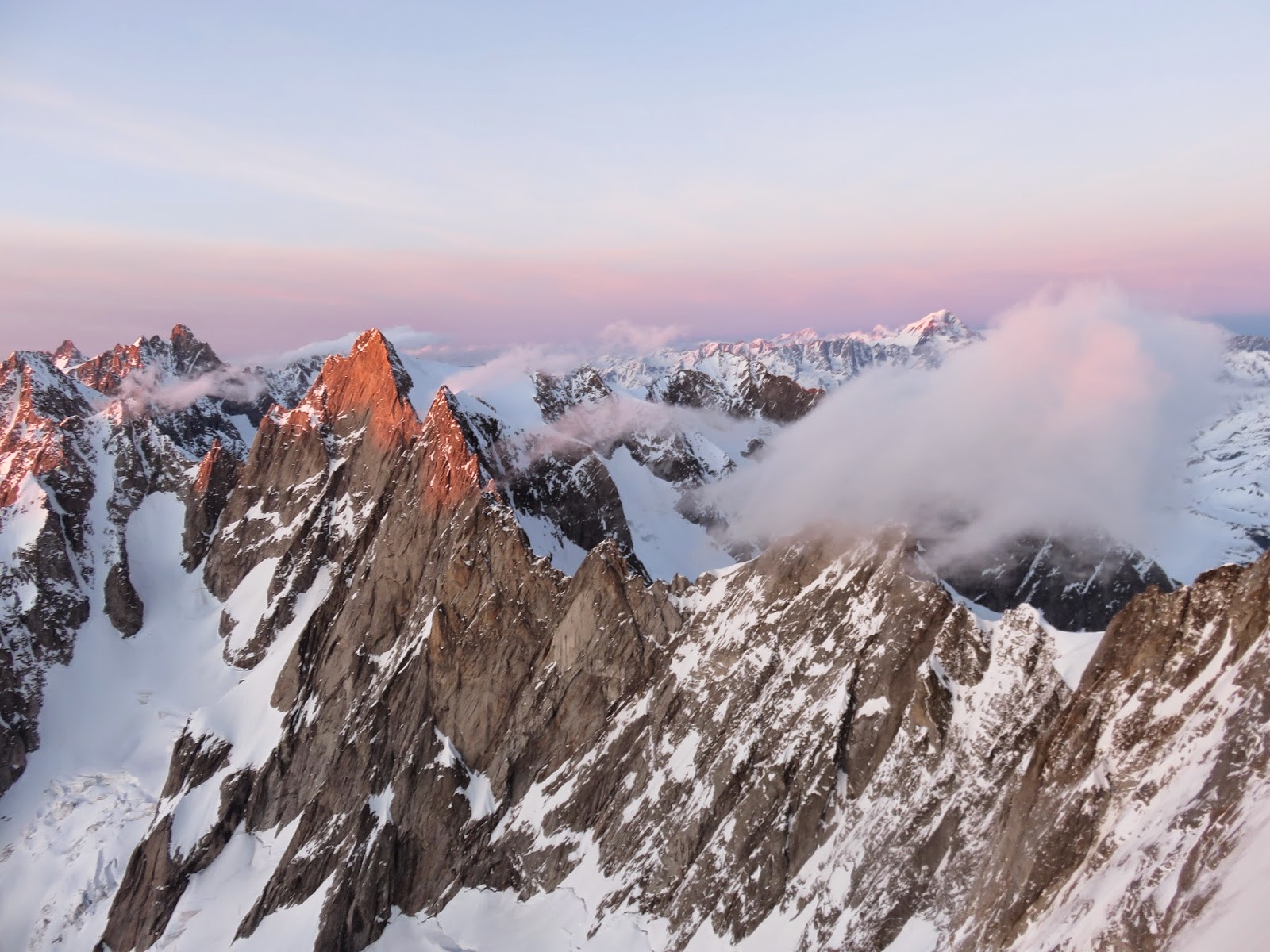 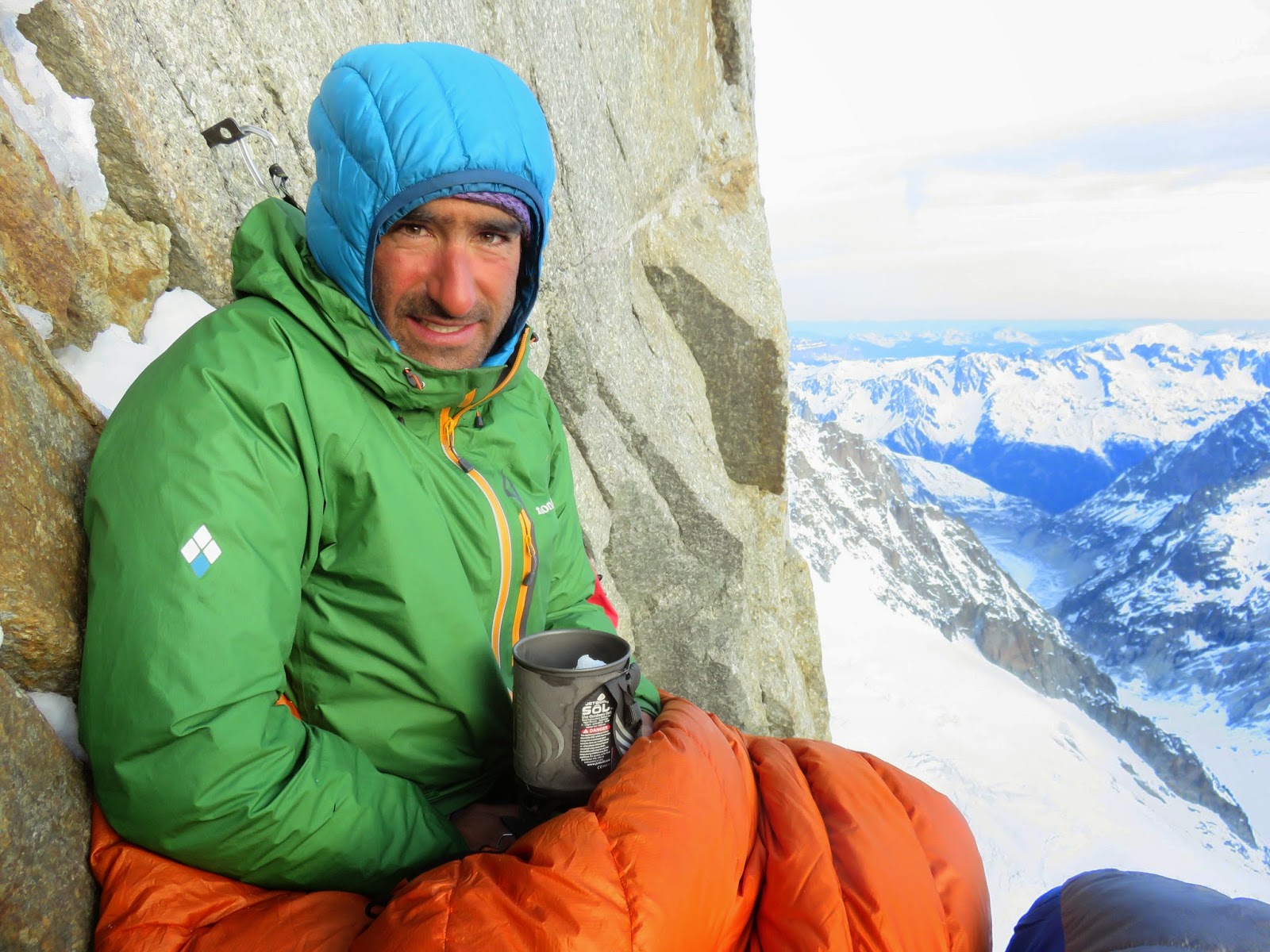 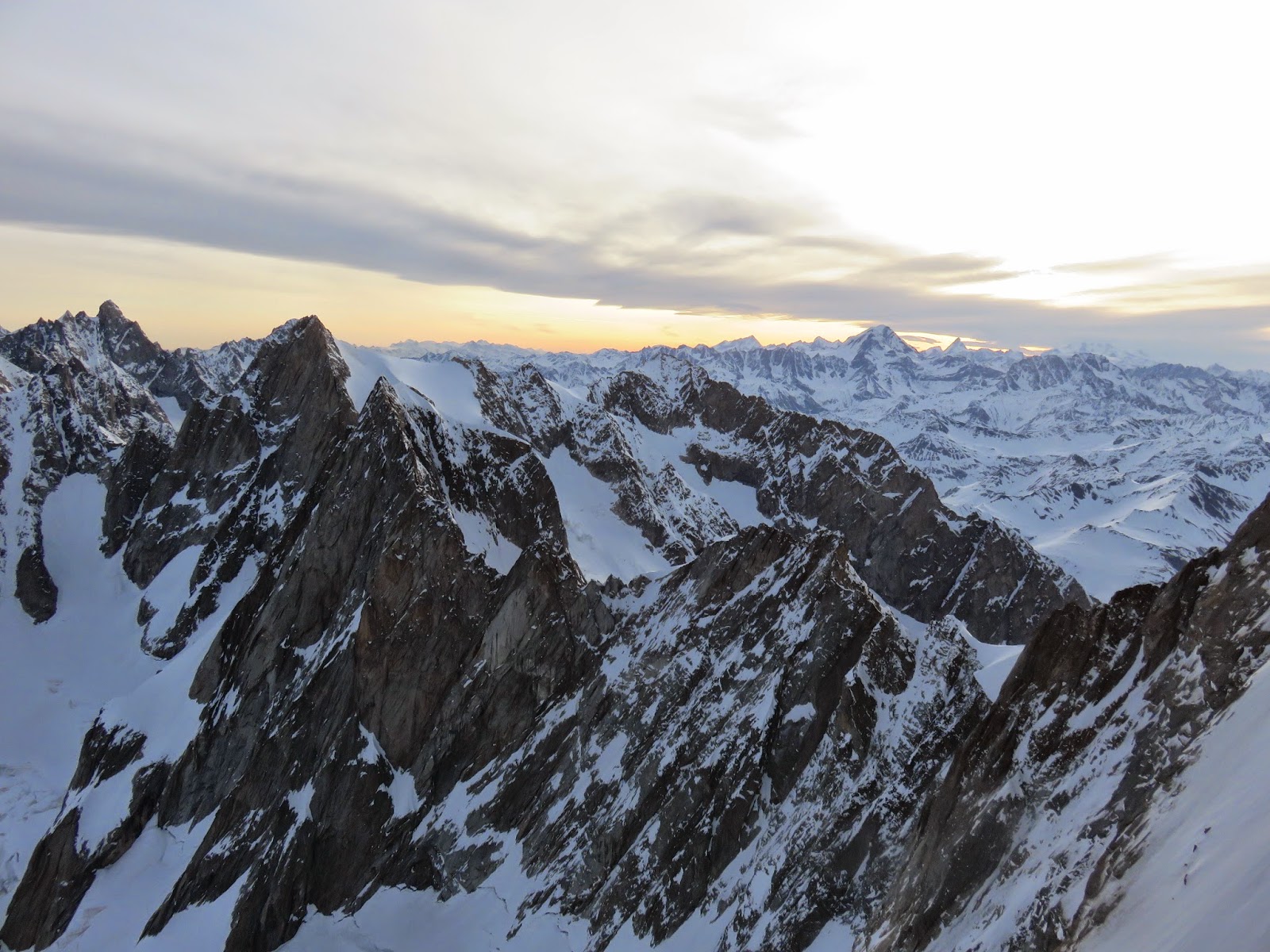 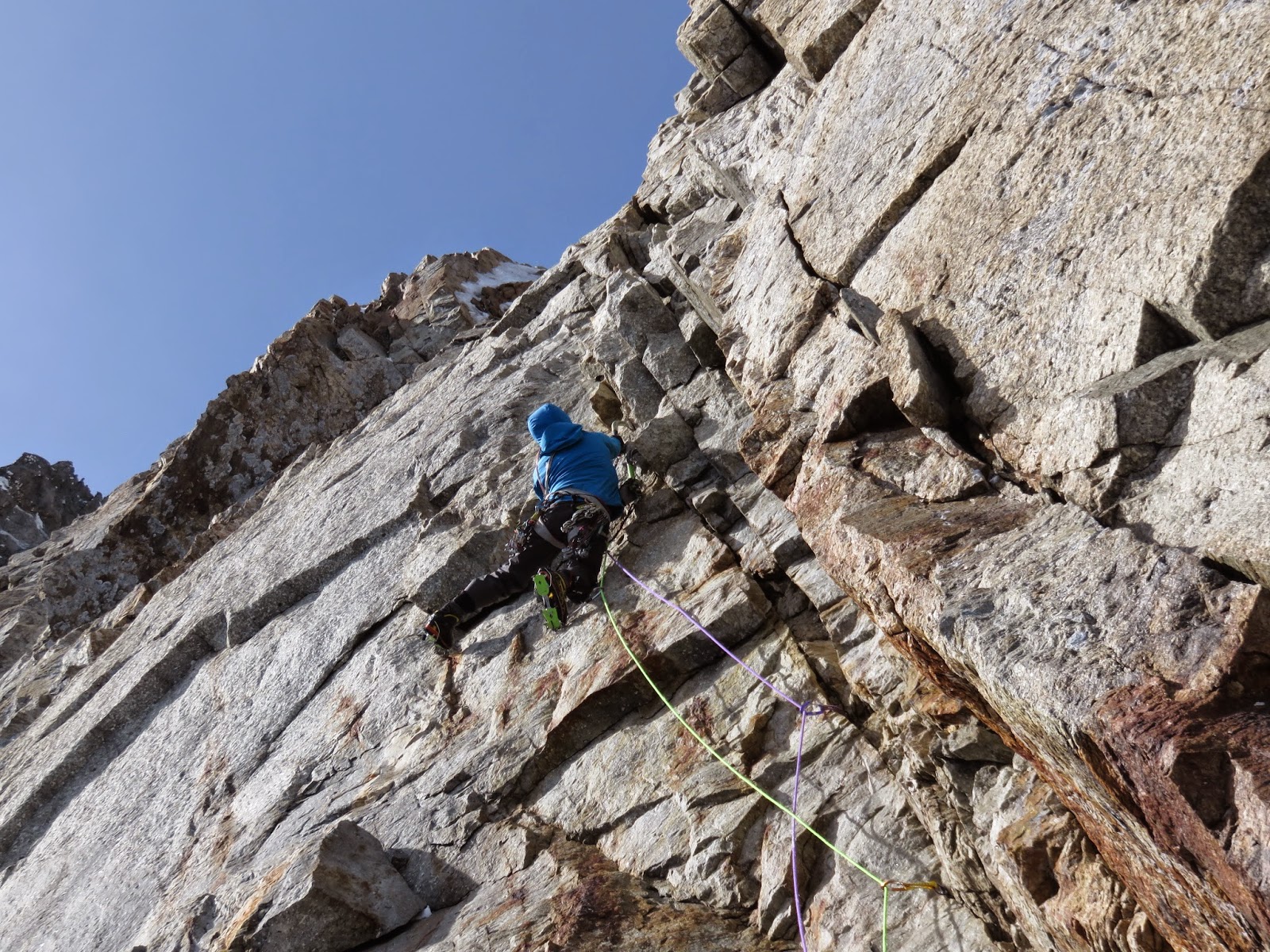 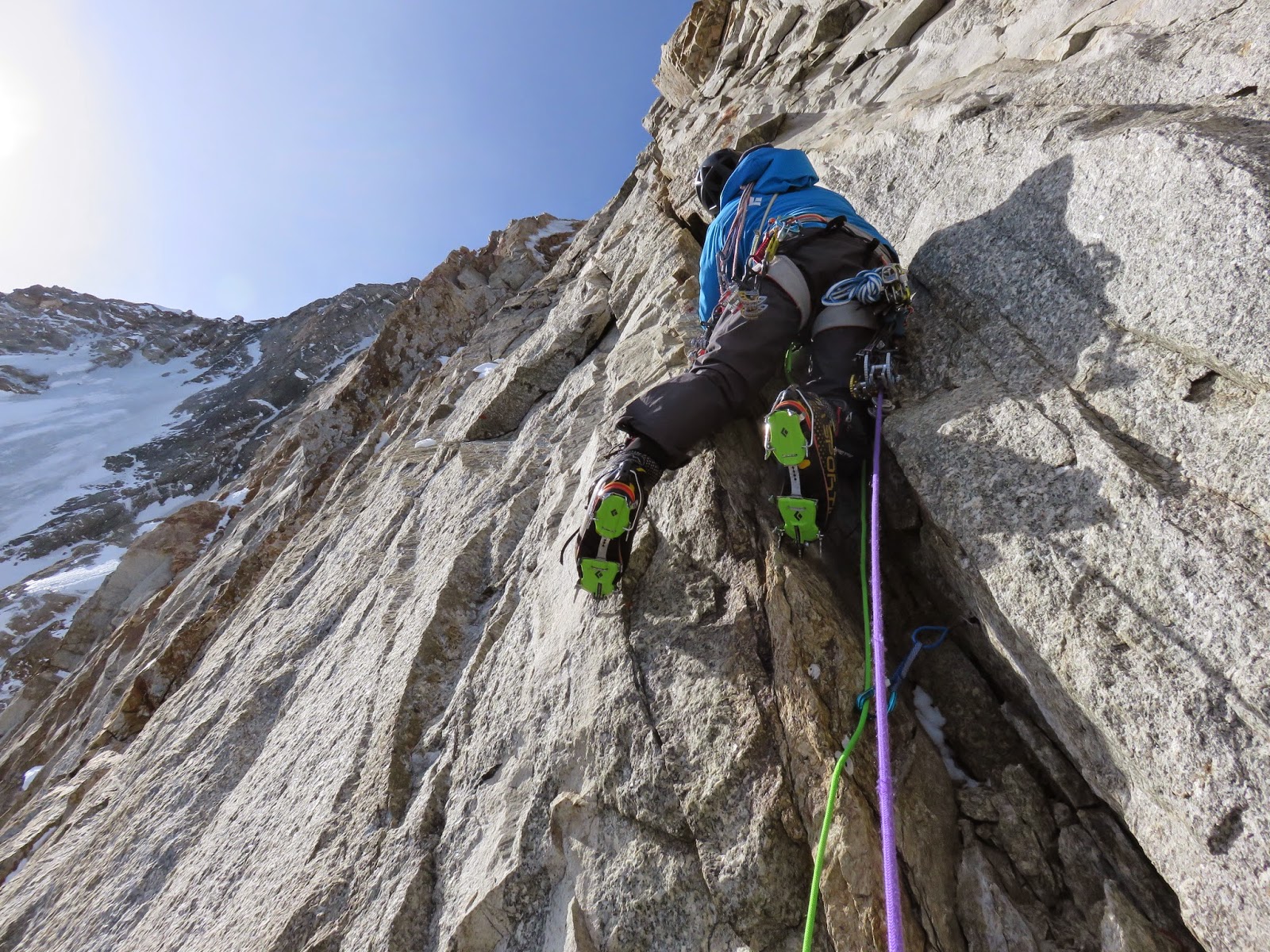 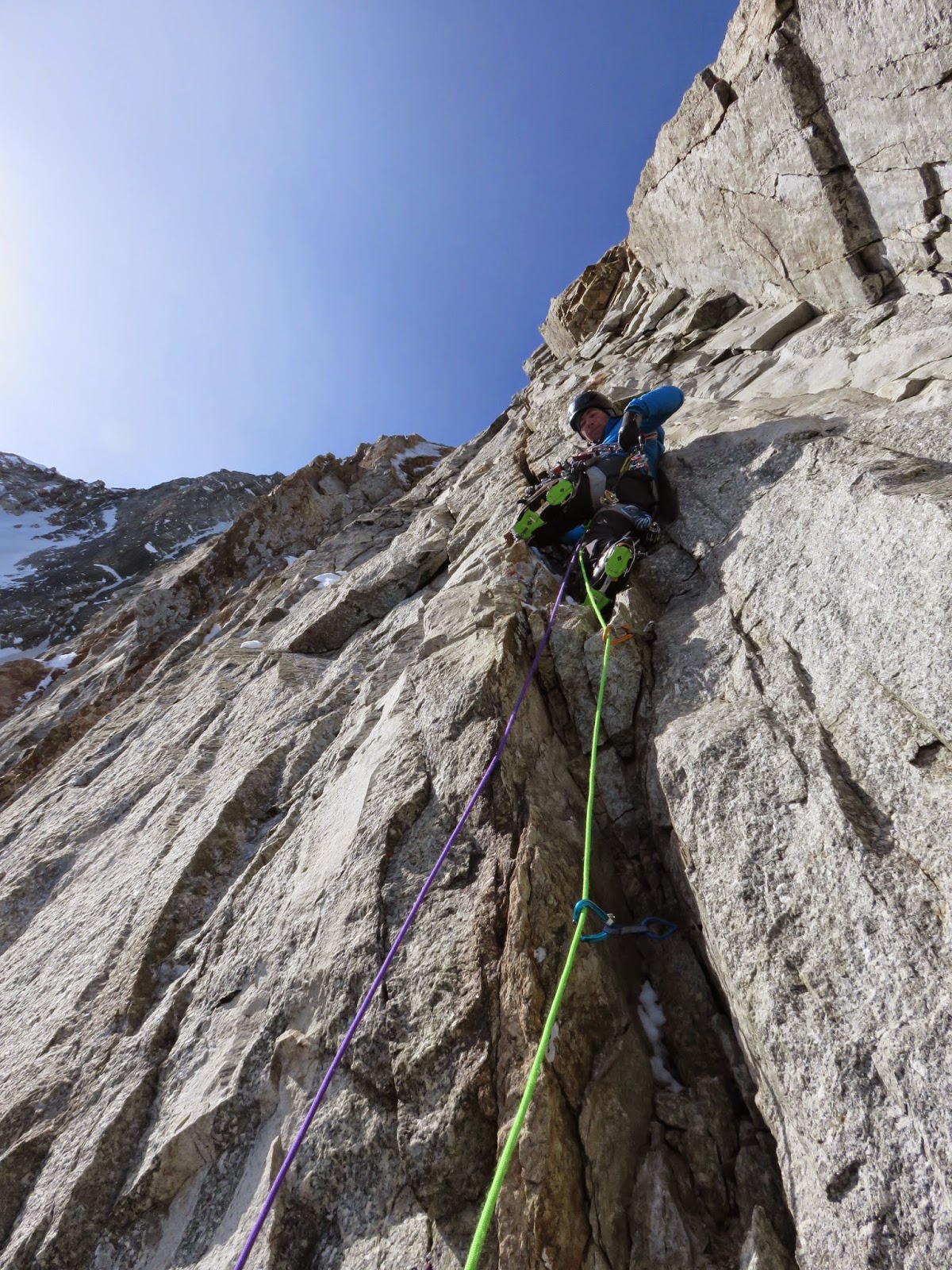 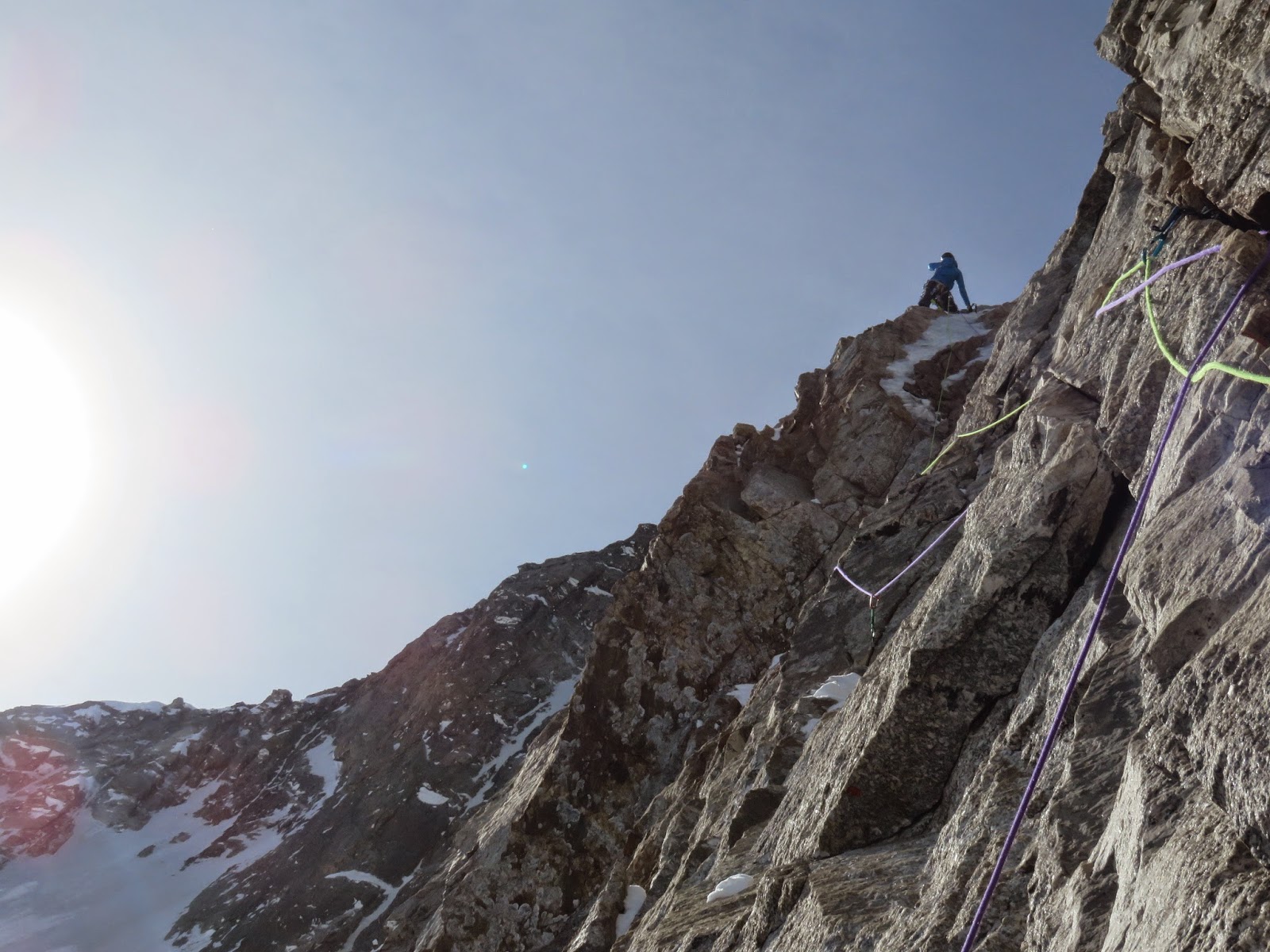 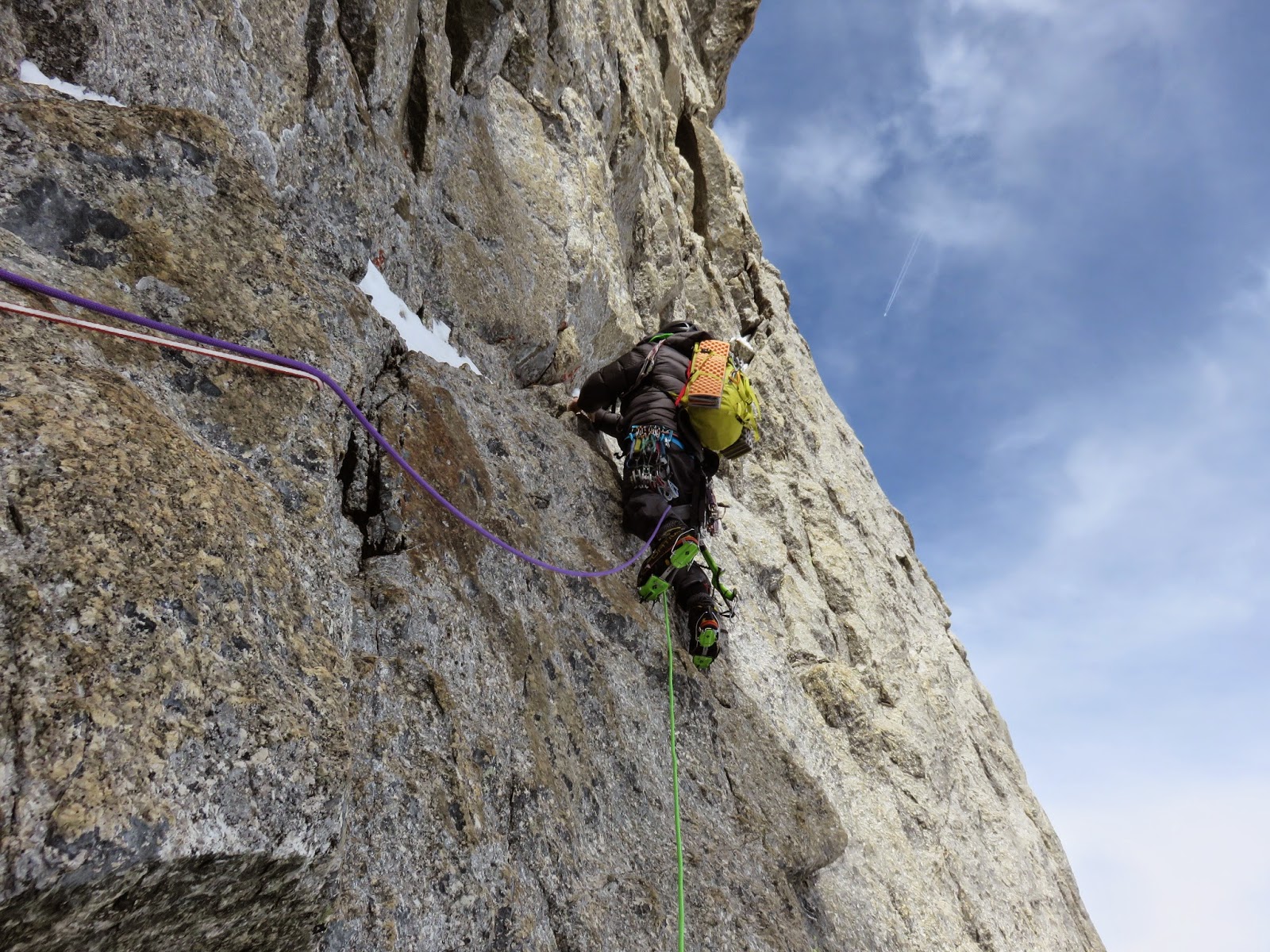 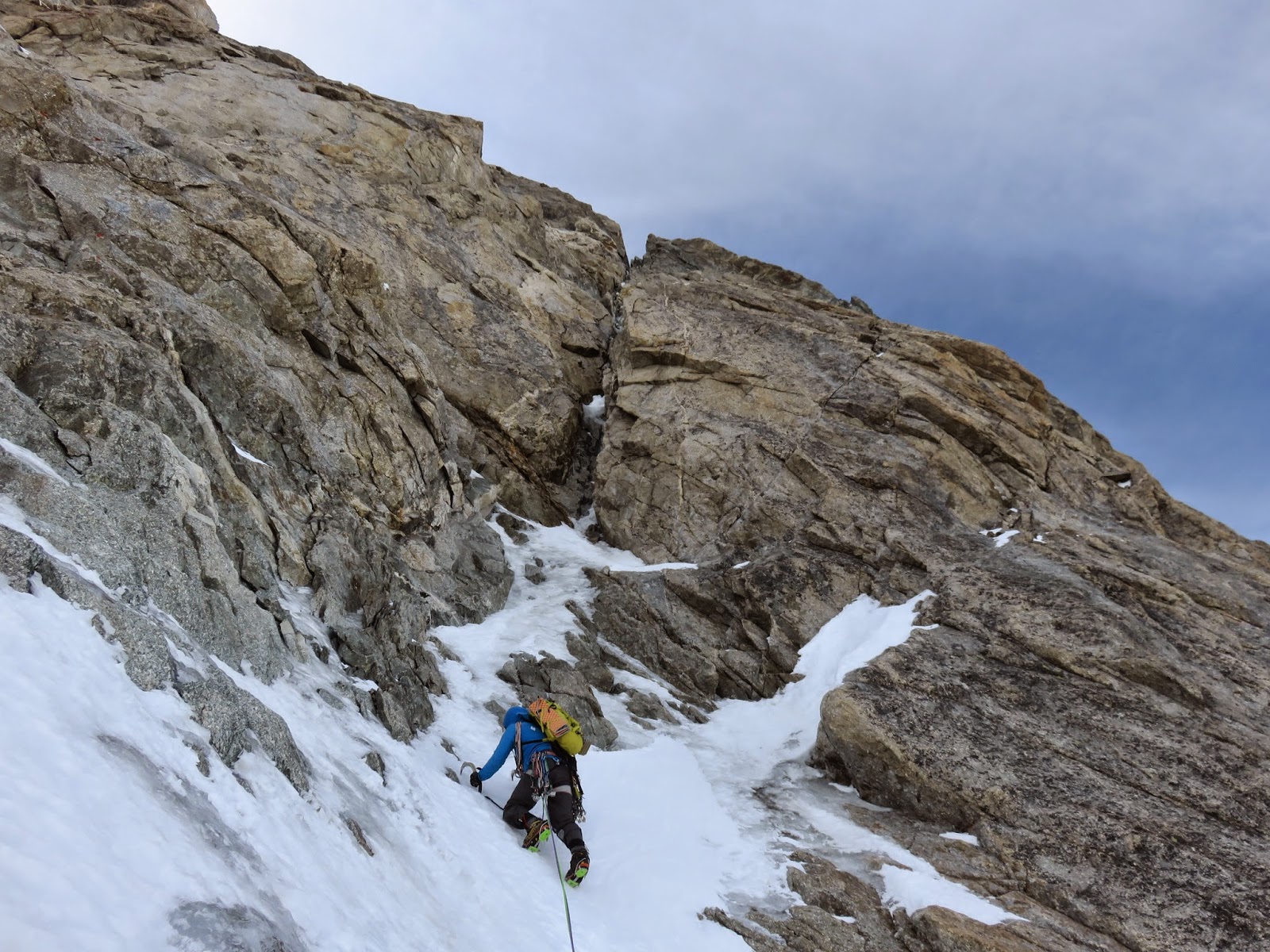 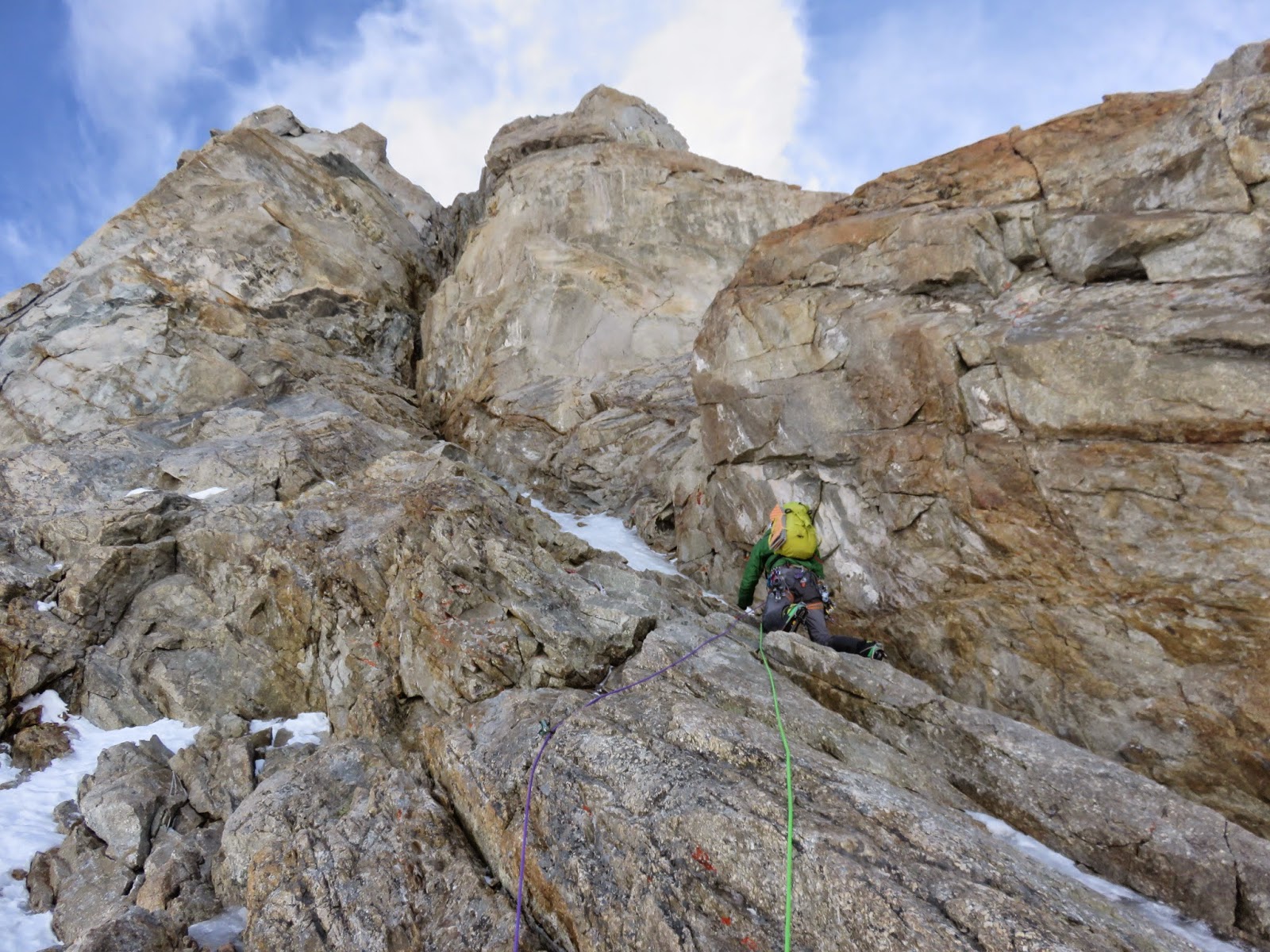 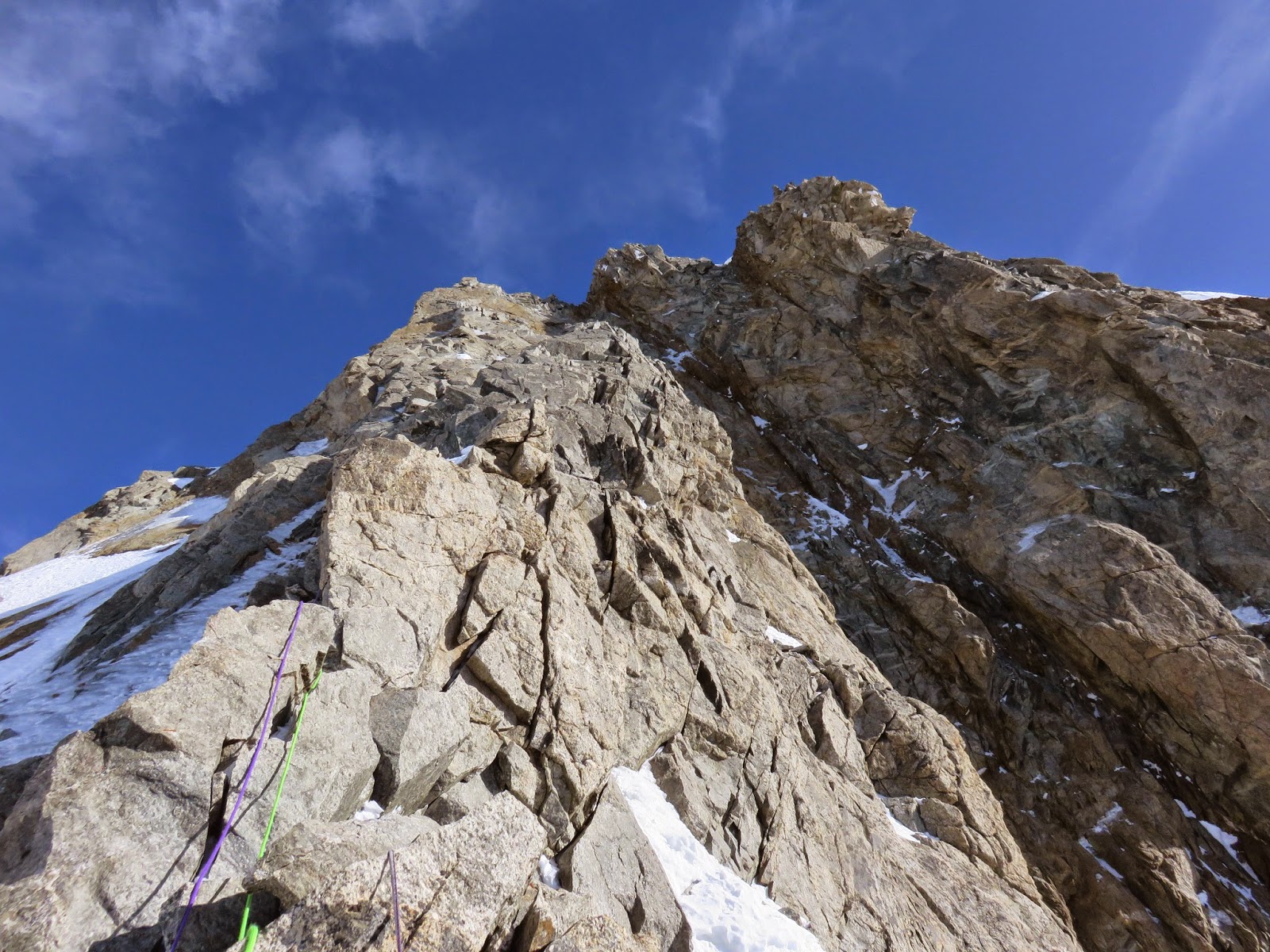 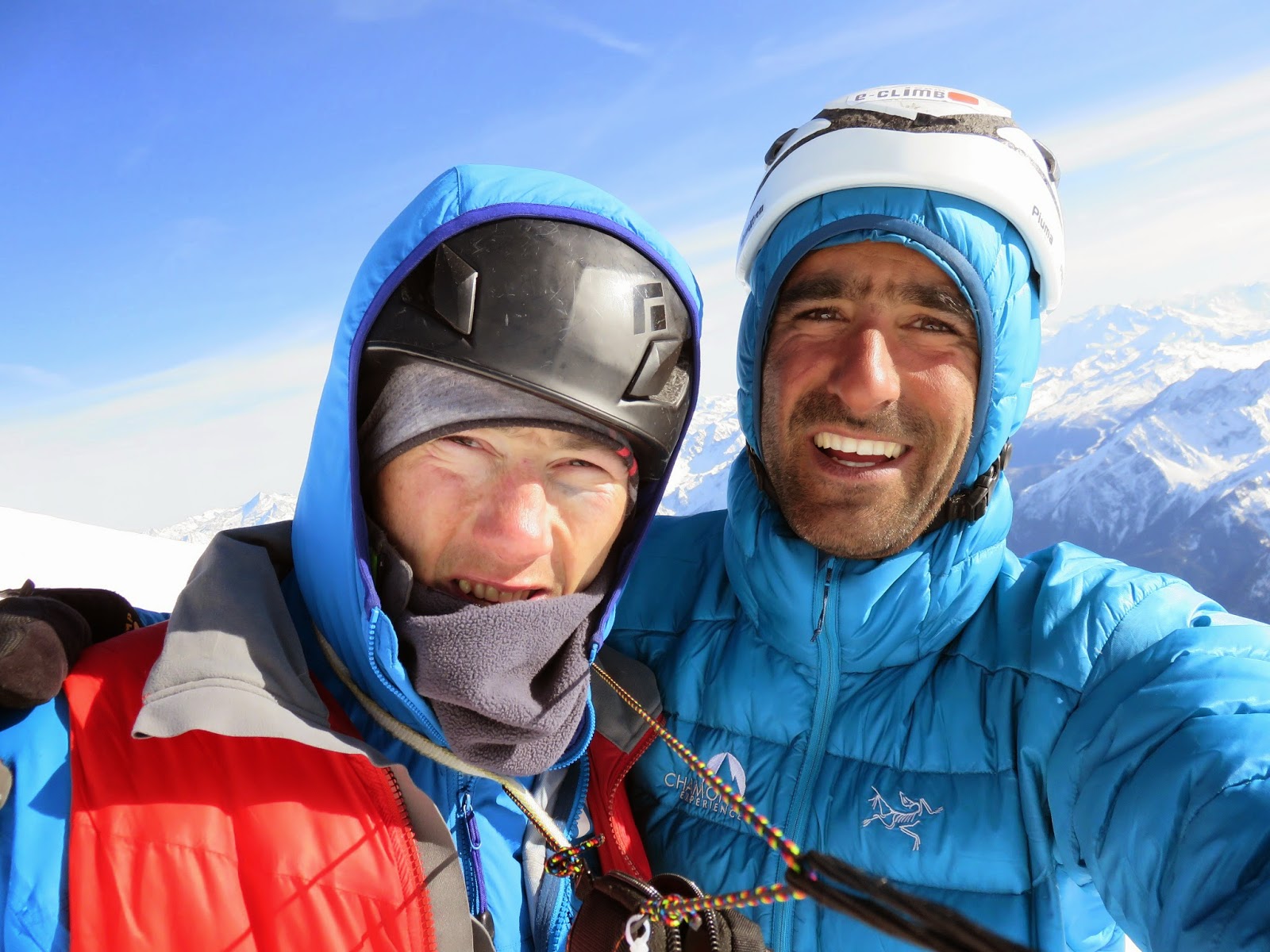 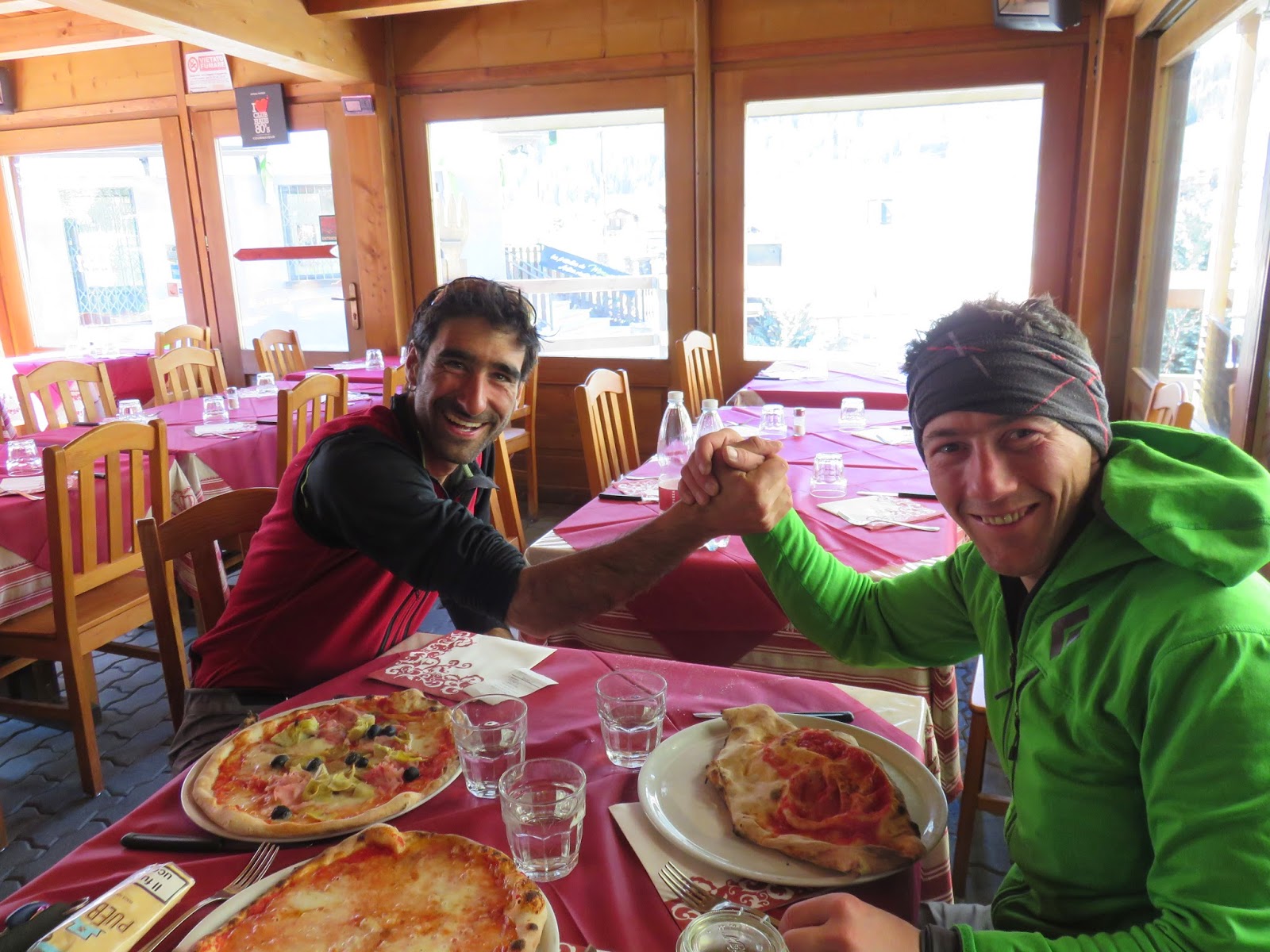